Something Old, Something New Album Review – Episode 13 with Steve Rabideau 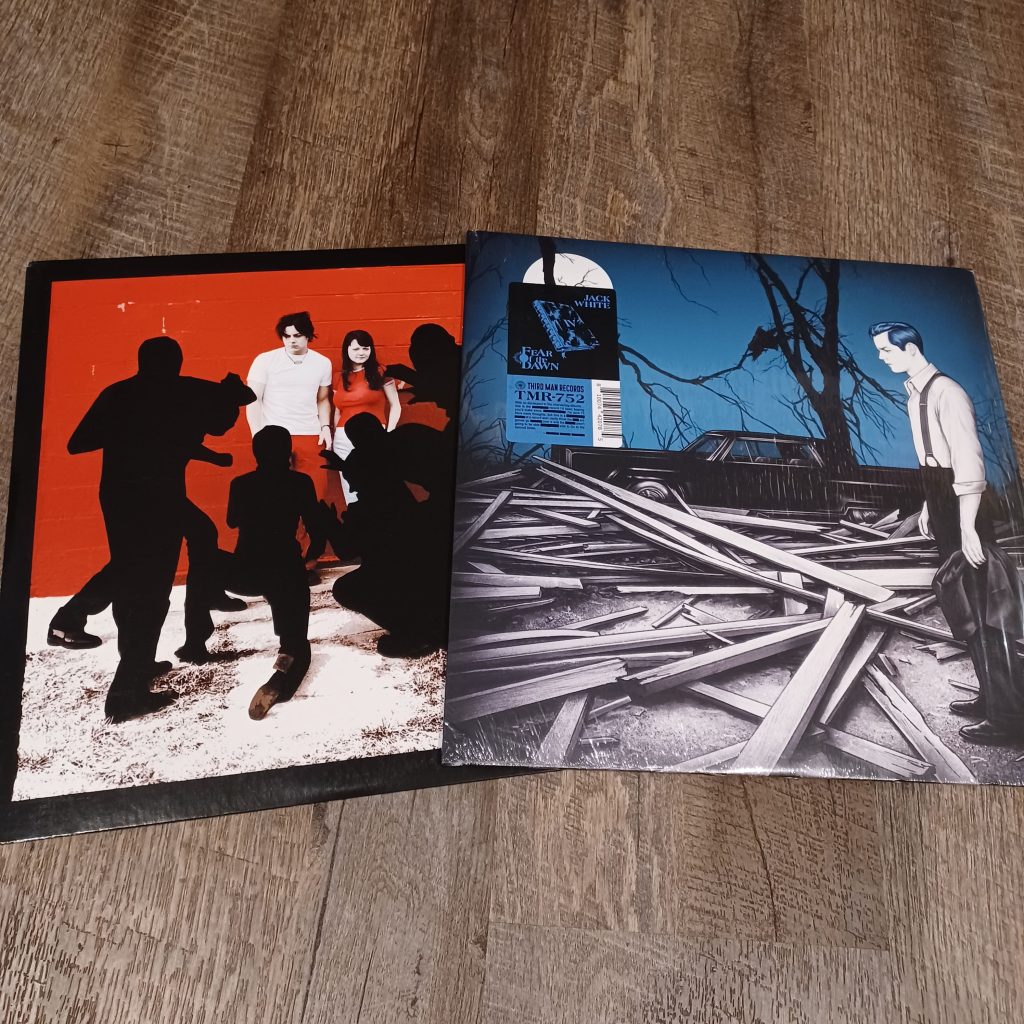 Here we go with lucky number 13 in Something Old, Something New Album Review series. If you couldn’t tell from my previous articles, I am a vinyl collector. I know, “Ohhhhhhhh, who cares, people who collect vinyl are like Vegans, they can’t wait to tell you 5 seconds after they meet you that they’re Vegans”. And…..fair enough. It comes up in conversation a lot for me a lot. I do believe it’s the best way to listen to music, for many reasons. Mainly audio fidelity, but because it’s not easy to skip songs it forces you to take in an album as an entire piece of art. That last part in itself has changed how I feel about a lot of bands and artists. One of those in particular is Jack White. It also just so happens that Jack White is a big booster of the vinyl format and one of the reasons for it’s renaissance. I myself have not always been a fan of his however. When they got huge, I was not into the White Stripes at all. I thought they were a gimmick band. Between the red and white color scheme and that it appeared that neither Jack nor Meg could play their instruments a that well, I wasn’t having it. I’m gonna dive into how my mind changed and other thoughts while checking out Jack White’s brand new album “Fear Of The Dawn”, and go back in time to the album that catapulted the White Stripes to national attention, 2001’s “White Blood Cells”. 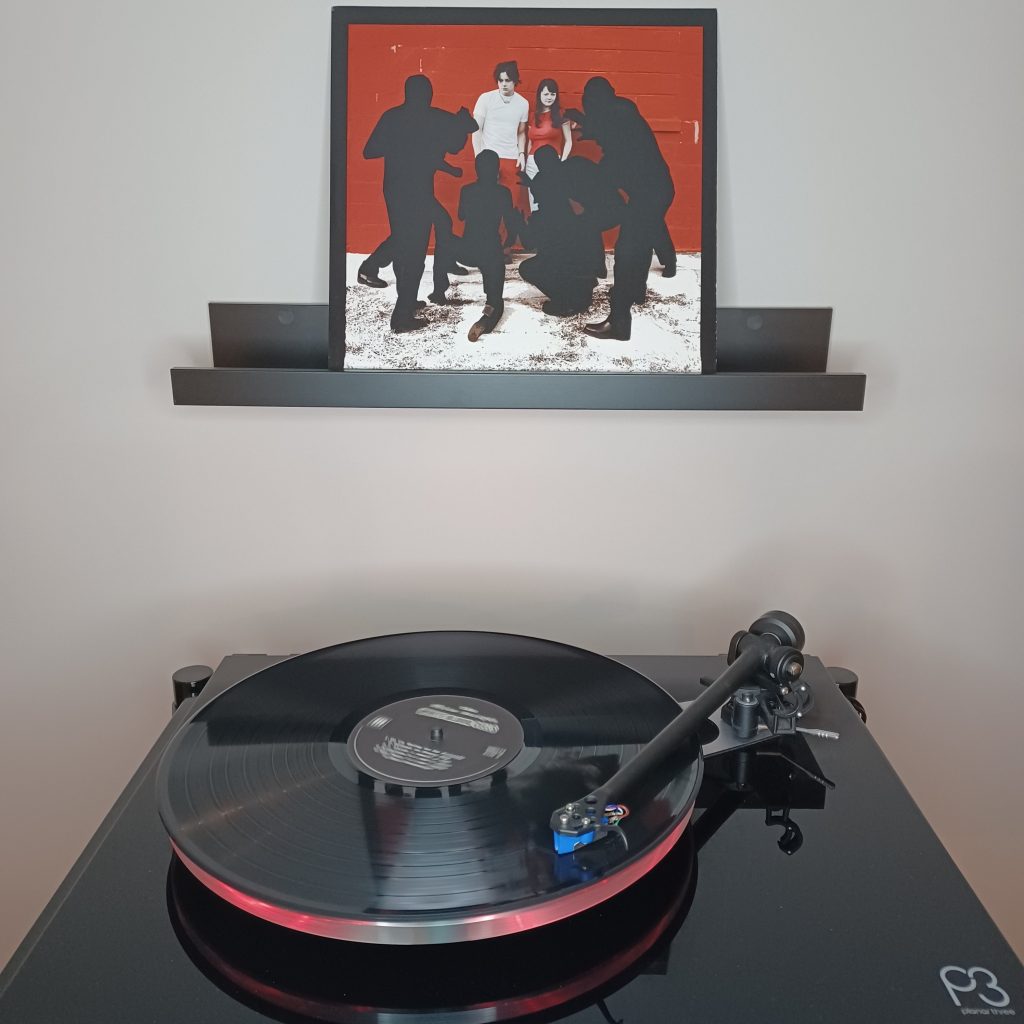 2001 Sympathy For The Record Industry

I’d like to say I was ahead of the curve on the White Stripes. Being born and raised in Windsor Ontario Canada I was at the doorstep of Detroit my whole life. I spent a lot of time over there going to see concerts and shows. But my introduction to the White Stripes was like a lot of other people’s, their performance of “Fell In Love With A Girl” from the 2002 MTV Movie awards where tons of extras ran out on stage to join the band dressed in the groups signature red and white. Along with their Lego video for the same song, they were getting a lot of attention, and their 3rd album, “White Blood Cells” was blowing up. At the time though I wasn’t a fan of the songs. I thought it was second-rate poorly played punk rock. I’m a big punk fan and what I heard didn’t do anything for me. Again, I passed them off as a gimmick band and that was it.

Over the next 6 years I heard a few other tracks like “Seven Nation Army”, but that did nothing for me either. It was the 2008 documentary “It Might Get Loud” that started changing my opinion. The documentary brings together 3 distinctly different guitar players, Jack White, U2’s The Edge, and Jimmy Page.

The documentary focuses on not only the guitar as an instrument but the way the 3 players approach it. The Edge’s playing has always been very effects-driven, and it gave me a new appreciation for his playing as well. Jimmy Page sort of focused on the formative years of rise of guitar-driven music. Jack White however had the most intriguing scenes, including the start of the Doc. In the first scene, Jack actually builds a slide guitar with a block of wood, a couple of nails, a guitar string, and a coke bottle. Through the doc I saw what kind of player he was, the punk elements sure, but he was very much a bluesman. That intrigued me. I revisited the White Stripes and found I couldn’t have been more wrong initially. That garage rock punk was also mixed with some effects, but also Delta Blues, slide guitar, and more to make a really wild and interesting overall sound.

I purchased their breakout album once I started collecting vinyl and was shocked at how much I liked it. In the context of the album I suddenly really liked “Fell In Love With A Girl”. The sort of upbeat nature of “Hotel Yorba”, while essentially singing about a dumpy Detroit hotel just made me smile and the bouncy innocence of “We’re Going To Be Friends” was refreshing as well. But the album opener “Dead Leaves And The Dirty Ground” is the track that sold me. It mixed all of those influences into a track that’s bluesy but at the same time has that garage rock punk intensity. And Meg’s drumming which I originally viewed as a hindrance, actually acts as a boundary, but in a good way. It forces Jack to be innovative while also keeping the music simple. They are definitely a band that sitting and listening to an entire record really helps you get the big picture, and they were definitely one of the most uniquely wonderful bands of the 2000s. 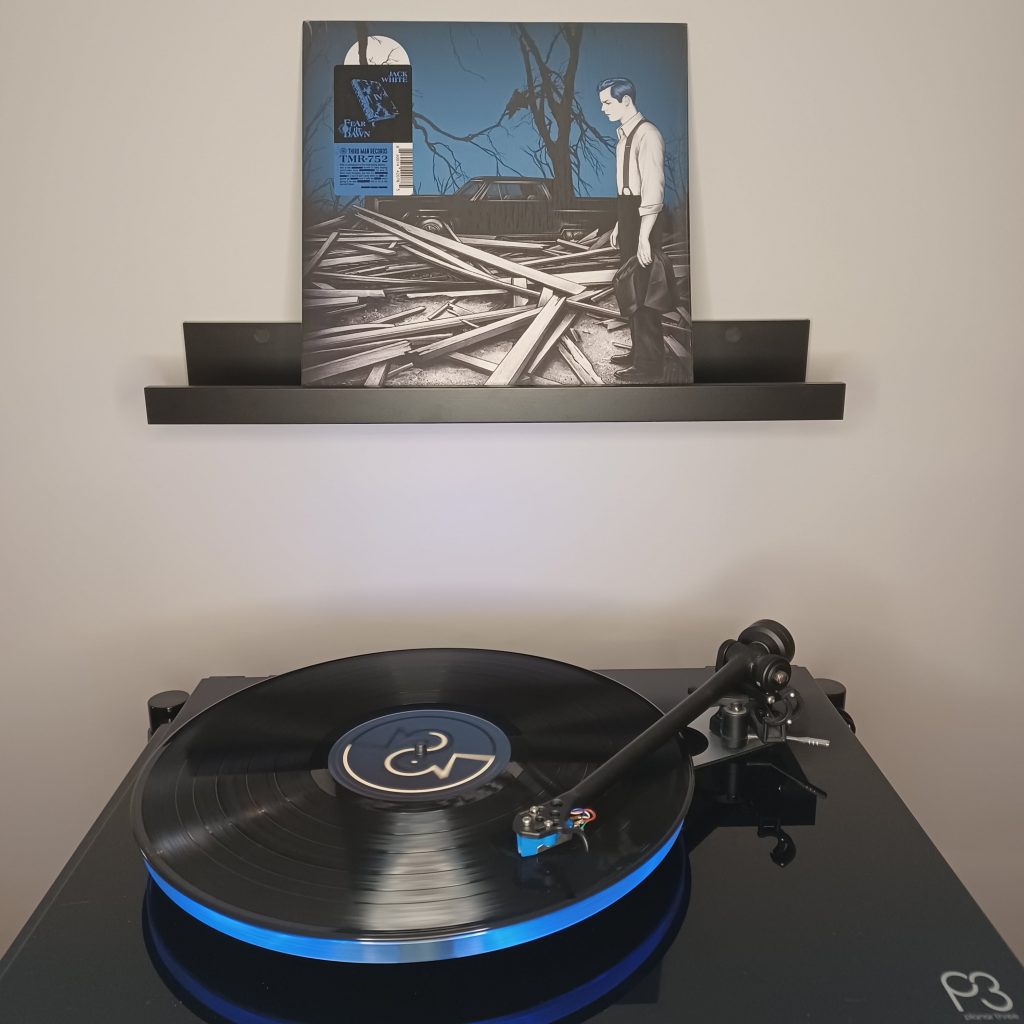 Jack White – Fear Of The Dawn

In the late 90s, it seems like Detroit came out of nowhere to become an epicenter of fresh new music. Detroit has always had a rich musical legacy since the days of Motown, the MC5, The Stooges, Bob Seger, and Ted Nugent. While there were good bands that have success in Detroit in the 80s and 90s like The Romantics, Sponge, and The Suicide Machines to name a few, none became superstars.

Then all the sudden in the late 90’s Detroit artists came exploding back into the national spotlight. The biggest being Eminem, Kid Rock, and a couple years later, The White Stripes. Twenty plus years after those artists became chart toppers, one of them, Jack White is the the one that’s still making fresh, innovative music. While still revered, Eminem is something of a recluse now, content to make a successful album every couple years that doesn’t reinvent the wheel, make sporadic public appearances, then hang out at home. He got a little too political a few years back for guy who used to rap about killing his ex wife, but has seemed to pull back from that now. Kid Rock on the other hand has become something of a joke. He went from being a fearless innovative artist, making music that mixed rap, rock and metal, all with a flashy Detroit twist who was something of a rebel, extremely charitable to many Michigan-centric charities and causes, to an old, embarrassing “get off my lawn” fart who puts out 3rd rate Lynyrd Skynyrd ripoff music and hasn’t released a song worth listening to since “Rock N’ Roll Jesus” in 2007. He cares more for ranting about the President than putting out music that people actually want to listen to, as evidenced by the absolute failure of his most recent album, 2022’s “Bad Reputation”.

Jack White however has become the pride of Detroit. He created his own label, Third Man Records in 2001 which all of his future releases(in conjunction with majors labels in some cases) were released by. He opened 2 store fronts(one in Detroit, one in Nashville), with a vinyl pressing plants in the Detroit location. When famous local Detroit venue The Masonic Temple was in financial trouble, Jack White paid the tax bill to get them out of it. He also regularly donates to Michigan based charities. As well as all that, he has been a been a key factor in the resurgence of the vinyl format with the previously mentioned pressing plant, special releases and vinyl related products.

After the official dissolution of the White Stripes in 2011, he started releasing solo albums starting with “Blunderbuss” in 2012. “Lazaretto” followed in 2014. With each release, he was getting a bit more experimental and further away from the White Stripes formula. But with 2018’s Boarding House Reach he went VERY experimental, and in my opinion, it just didn’t work. There was a lot of electronic music influence in the record and it was too far out and unfocused. With his new record, “Fear Of The Dawn”, he still had that electronic music influence but with the experience of “Boarding House Reach”, refined the sound and pulled back the more extreme elements that made that album a very complicated and challenging listen to create a record that combined all those same elements in a much more streamlined affair. The delta blues garage rock sound is here but surrounded by fantastic electronic soundscapes. The opening track “Taking Me Back” is classic Jack White, but the hip hop “Hi-De-Ho” featuring the legendary Q-Tip is a departure but works as part of the overall package. After multiple listens I keep hearing new and interesting things. The production is very strong. And while I haven’t even begun to tire of this record, I can’t help but wonder what he’s gonna do next. As always, thanks for reading!